NASCAR – The Board Game

SFI oversaw and implemented the marketing and advertising for a DVD board game about NASCAR. As part of that product launch, SFI created and produced a national TV campaign for NASCAR – The DVD Board Game.

The campaign consisted of a TV commercial, media planning, negotiation and buying, web-site distribution and display usage. The 30-second TV commercial was produced in Toronto, Canada with NASCAR legend Bobby Allison and NASCAR driver Kenny Wallace. SFI negotiated and placed the 6-week $350,000 campaign on FOX (Speed Channel), ESPN and TNT. Media was monitored and make-goods and changes were used as needed. In order to create more interest and buzz, SFI created and implemented a national radio promotion in over 100 markets that included 300 radio promotions over a two-week period.

In addition, SFI developed and negotiated a point-of-purchase dog-tag (aka “SpeedyTags”) that contained the likenesses of Richard Petty and Tony Stewart. The dog tags were affixed to each board game box and sold by several major national retailers. A portion of the game’s proceeds were given to The Paralyzed Veterans of America (PVA), a non-profit organization that helps disabled veterans. Millions of board games were sold with hundreds of thousands of dollars going to the PVA as a result of sales.

SFI is an experienced advocacy agency with a proven track record of success. Clients work directly with SFI principals to collaborate on...

The Ford Parade Watch Party became THE “must attend” event during the week with guests commenting that the staging of the décor was a...

SFI oversaw and managed the Washington, D.C. builds for ABC’s Extreme Makeover: Home Edition! This was the show’s largest and most...

The Living Zero Home Tour was a huge success for SFI. SFI conceptualized, designed, and oversaw the day-to-day operations, as well as the...

U. S. Department of Energy

The U.S. Department of Energy frequently engages the help of Smith Fairfield, Inc. to produce and promote conferences, press conferences...

SFI has been producing Dimension Data Americas annual conference since 2001. This conference brings together more than 1,000 sales,... 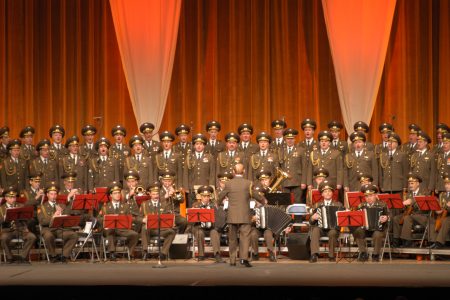 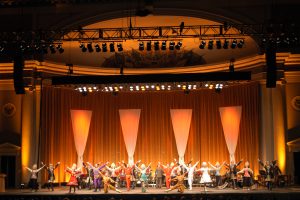 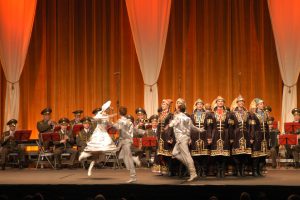 SFI was hired to handle the marketing and assist with the production of the traveling singing and dance troupe, The Red Army...